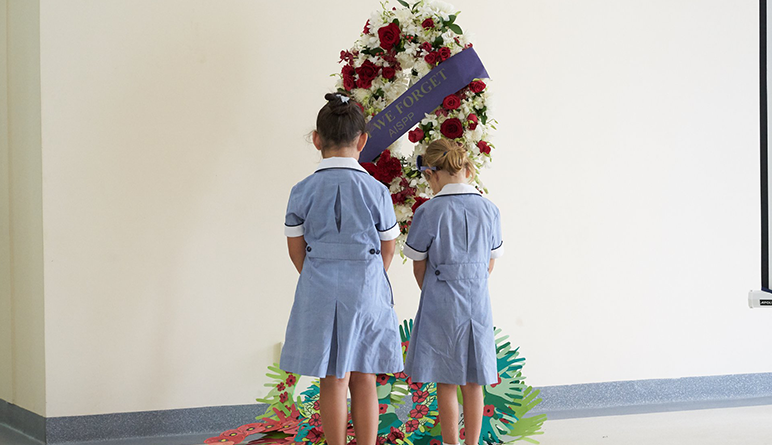 On 25 April 1915 the first Anzacs (Australian and New Zealand Army Corp soldiers) supported by their commonwealth partners Britain, Canada and India, landed at Gallipoli, Turkey. Many lost their lives that day, and a great many more died in the weeks that followed.

When World War I broke out in 1914, Australia had been a nation for only 13 years (following the federation of its six colonies on 1 January 1901).

The story of ANZAC creates the birth of a nation- a young country AUSTRALIA.

World War I saw Australians come together to defend their nation for the first time. Even though they were still under British command, Australian soldiers wore their own country’s uniform, obeyed the orders of their own officers, and fought and died under their own flag, a proud nation. When the government initially called for 20 000 volunteers for the Australian Imperial Force (AIF), they received 50 000 responses.

By displaying the characteristics of the ANZAC spirit, comradeship, unselfishness, courage and tenacity of spirit, we can enrich the Australian tradition.

We enrich the AISPP tradition.

On Anzac Day we pay tribute to all current and former members of the Australian Defence Force, those lost in training, on operations, the wounded, injured and ill, and their families affected by loss.

May they rest in peace.
We honour them.
We will remember them.
Lest we forget.